Welcome to the Sensitive Choice e-news!

We’ll send you a newsletter each month with asthma and allergy tips, plus news about Sensitive Choice approved products and services. 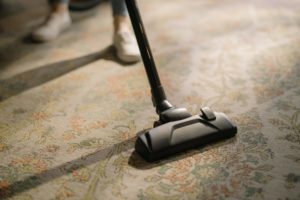 If someone in your house has asthma or allergies, it can be tricky to know which type of cleaning machine to consider.

Cleaning machines can be effective in removing dirt and allergens such as dust mites, pet allergens and pollen that has entered the house.

While many households have a vacuum cleaner, many people are unsure what features they should look for or whether than could also benefit from other cleaning devices.

It is more difficult to remove dirt from fabrics and carpets than from a hard surface. Hard surfaces can also effectively cleaned using a mop or electrostatic cloth.

Read more about the different options below.

In simple terms, a vacuum cleaner will suck air in, capture the particulates and then emit cleaner air. However, some machines are significantly better than others at doing this. The key factors that affect this include design and build quality, type and serviceability of filtration and motorised brushes. Power While there might be some correlation between higher power (measured in watts) and higher suction, buyers should not select a machine based just on this. It is possible to have a very effective machine using less power. Pick-up ability One of the key factors in selecting a vacuum cleaner is its ability to pick up dirt and allergens. Suction (sometimes described as air watts) is only one factor in determining effective pick-up. Design, build quality and a powerhead can also be influential. In some machines, suction (and pick-up performance) diminishes as the dust receptacle fills up. Emissions The second key factor to consider is retention of the dust and allergens in the vacuum cleaner. This is achieved by separating the particles from the air, most commonly by the use of filters, with some machines (usually described as cyclonic) using centrifugal force to remove particles and others using water to collect the dirt. Filters You may see vacuums advertised with HEPA filters. HEPA stands for high-efficiency particulate air – it’s a standard whereby a high proportion of airborne particles 0.3 microns (µm) in diameter must be captured. In some uses a number may appear in conjunction with HEPA 13 meaning at least 99.95% of particles are retained, with the higher numbers retaining more particles. A vacuum with a HEPA filter does not mean only 0.05% or less of what is vacuumed up above 0.3µm is emitted. Some air may bypass the filter, and the action of vacuuming will also raise particles into the air that were not sucked into the vacuum. For those people sensitive to particulate allergens found in the home, we recommend you do not do the vacuuming yourself if possible and not enter the area for at least 20 minutes. HEPA-like or HEPA-type filters are not HEPA filters – they will almost certainly be inferior. Better quality vacuums are likely to retain more particulate matter. Ease of washing or replacing filters should be considered and regular replacement or cleaning is important. Note: European manufacturers sometimes use the term S-Class on their models instead of HEPA. Configuration Whether you choose an upright, canister, bagged or bagless vacuum is a personal choice, but you should consider ease of use and your circumstances – for example, some machines will be better for stairs. One issue to consider when considering bagged or bagless is emptying the dust collector. Some bags are self-sealing reducing the prospect of being exposed to the contents. However, you may be able to empty the bagless hopper outside (and up-wind) to reduce the prospect of being exposed to the contents.

Many battery-operated vacuums have less suction and are less effective at removing dirt, but they may be useful as a convenient secondary vacuum. A good robot vacuum has the advantage of being able to be used while you are away meaning any allergens stirred up can settle while you aren’t there.

Steam mops are suitable for smooth hard floors. Steam is an effective chemical-free way of cleaning and killing bacteria and dust mites. Some points to consider: Some floor surfaces may not be suitable for the heat generated by the steam; adequate drying is important, as moisture can grow mould. A steam cleaner looks a bit like a vacuum cleaner and has the same benefits as a steam mop, but they usually have more attachments, which makes them more versatile. Some combine a vacuum function and may be suitable for carpet and soft surfaces.

Deep cleaners are intended to wash carpets (and other surfaces). They may use hot water, chemicals and the suction and rotating brush attributes of vacuum cleaners. The chemicals will assist the cleaning, but some may contain fragrances or chemicals that may irritate some people. Check the ingredients before use. Machines can be bought or hired.

Carpet dry-cleaning services tend to be professionally done using chemicals and special machines. Again, the chemicals used may affect some people. Chemically sensitive people should not be present when cleaning is done. The process is most likely not completely moisture-free, but you can usually walk on the carpet immediately.

Building and renovating with Daikin

Building and renovating with Godfreys

Building and renovating with Heartridge flooring

Stay up to date with our monthly newsletter

Don't delete me. This is used to get the current Tailwind screen.